At Global Alliance, we take the “Worldwide” in our company name very seriously. We pride ourselves in offering premium limousine services to our clientele not only in our home base of Toronto but around the globe. Through our sophisticated network of trusted worldwide affiliates, Global Alliance can provide professional chauffeured services in hundreds of international cities. We will discuss many of the major worldwide destinations served via our affiliate network on this blog. Today, we make another stopover in Southern Spain at the Mediterranean port of Valencia and the nearby Balearic Islands.

Valencia is the third-largest city in Spain, after Madrid and Barcelona. Its city population stands at least at 800,000 residents, with up to 2.5 million people residing in its metropolitan region. It is the capital of the Autonomous Community of Valencia.

Valencia was founded by Romans in the 2nd Century BC. Conquered along with much of Spain by Muslims from North Africa in the 8th Century, Valencia returned to Christian rule in the mid-13th Century. Valencia has been fought over and besieged many times over the centuries, and was even briefly named the capital of Spain on a couple of brief, tumultuous occasions, during French rule during the Napoleonic Wars and during the Spanish Civil War in the 1930s. 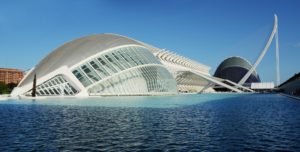 Valencia today is an economic powerhouse in Spain as well as a diverse cultural centre. Valencia Cathedral was built between the 13th and 15th centuries in the Gothic style. Two of the grand, imposing gate towers that guarded the city walls in the medieval period survive, called Serrans and Quart; many other historic edifices remain in Valencia as well, some from as far back as the Roman and Moorish eras. Modern landmarks include the Modernist Mercat Central and Estacio del Nord railway station, as well as the City of Arts and Sciences, a magnificent complex designed by internationally-renowned Valencian architect Santiago Calatrava comprising of science museums, an opera house and performing arts centre, an IMAX cinema, a planetarium, and Europe’s largest aquarium.

Valencia CF plays its home games at Mestalla Stadium and is one of Spain’s strongest football clubs. Valencia is Spain’s tenth-busiest airport, and the second-busiest in the region after Alicante Airport. Valencia’s container port is the busiest on the Mediterranean coast and Europe’s fifth-busiest overall. Much of its marine passenger traffic passes to and from the popular tourist destinations of the Balearic Islands.

There are four Balearic Islands: Majorca, Minorca, Ibiza, and Formentera. Culturally, the islands have a strong Catalan influence, with both Catalan and Spanish spoken as official languages on the islands. 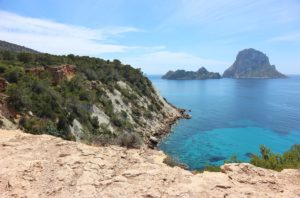 Majorca is the largest island of the group, with more than three-quarters of the archipelago population of around 1.1 million people living there, most of them in its chief city, Palma. Its grand Gothic Cathedral, ruins and historic sites, and beaches, blue waters, and dramatic rocky terrain are among the greatest tourist draws of the islands. Palma’s airport is one of the busiest in Spain, with over 23 million passengers recorded as recently as 2014.

Ibiza is also known for its beaches and its history (its port is a UNESCO World Heritage Site), but the island’s famous nighlife and renowned electronic music scene attract even more (generally younger) visitors. Minorca is the second-largest island in the group, and is known for its landscape, cuisine, and unique local culture. Formentera is the smallest and least-populated of the Balearic Islands, lying just south of Ibiza and known for its beautiful white sand beaches and relative quietude.

Please feel free to contact Global Alliance Worldwide Chauffeured Services for all of your transportation needs in Valencia and the Balearic Islands, Spain.