At Global Alliance, we take the “Worldwide” in our company name very seriously. We pride ourselves in offering premium limousine services to our clientele not only in our home base of Toronto but around the globe. Through our sophisticated network of trusted worldwide affiliates, Global Alliance can provide professional chauffeured services in hundreds of international cities. We will discuss many of the major worldwide destinations served via our affiliate network on this blog. Today’s destination is Missouri’s metropolis on the Mississippi River, the city of St. Louis. 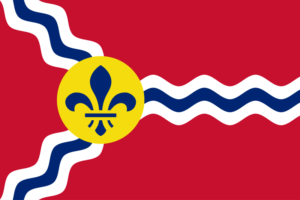 Lying just across the Mississippi from Illinois (the suburbs of its metro area stretch into this neighbouring state), St. Louis was founded in 1763 by French fur traders and named for the medieval French king and saint, Louis. Initially under the control of the Spanish along with all of the former French territory of Louisiana, St. Louis began to grow without direct government oversight from any nation. Returned to French control in 1800 and sold to the United States in the Louisiana Purchase of 1803, St. Louis was the launching point for the famed exploration expedition by Lewis and Clark shortly after (both explorers lived in the city after returning from the West).

Developing into a major, prosperous port city along the Mississippi throughout the 19th Century, St. Louis incorporated as a city in 1822 and hosted both the World’s Fair and Summer Olympic Games in 1904. St. Louis has emerged from a century of industrialization, suburbanization, and urban renewal as a dynamic modern city with a robust economy, home base to no less than nine Fortune 500 Companies. 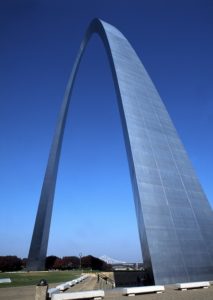 The most recognizably iconic and impressively imposing monument in St. Louis is the Gateway Arch, which stands on the western bank of the Mississippi River, just east of the city’s downtown at the location of its original founding. The world’s tallest arch at 630 feet (192 metres), the stainless-steel Gateway Arch, a monument to America’s westward expansion completed in the mid-1960s, is also the tallest man-made monument in the Western Hemisphere.

The Arch is the centerpiece of the Jefferson National Expansion Memorial, a nearly 200-acre park commemorating Lewis & Clark’s expedition and the unique governmental and judicial history of St. Louis. The Old Courthouse, where the landmark Dred Scott legal case over questions of slavery was heard, is also part of the park, as is the Museum of Westward Expansion at the base of the Gateway Arch. Other St. Louis landmarks include the St. Louis Art Museum and St. Louis Zoo, both built for the 1904 World’s Fair and located in the city’s largest green space, the 1,400-acre Forest Park. St. Louis is also known for its musical culture and regional food offerings.

St. Louis has two major professional sports clubs. The St. Louis Cardinals of Major League Baseball are one of the sport’s storied franchises, winners of 11 World Series titles, second only to the New York Yankees in MLB history. They play their home games at Busch Stadium. The St. Louis Blues of the National Hockey League play at the downtown Scottrade Center.

Please feel free to contact Global Alliance Worldwide Chauffeured Services for all of your transportation needs in St. Louis, Missouri.