At Global Alliance, we take the “Worldwide” in our company name very seriously. We pride ourselves in offering premium limousine services to our clientele not only in our home base of Toronto but around the globe. Through our sophisticated network of trusted worldwide affiliates, Global Alliance can provide professional chauffeured services in hundreds of international cities. We will discuss many of the major worldwide destinations served via our affiliate network on this blog. Today we head south to the capital of the Commonwealth of Virginia, Richmond.

Richmond is Virginia’s fourth largest city (city population: 200,000), and third-largest metropolitan area (metro population: 1.2 million). Built on the banks of the James River on the former site of a major Native American village, Richmond was founded in 1737 and incorporated in 1742. Named after the English town of Richmond, the city was a key setting for events in the Revolutionary War and served as the capital of the Confederacy during the Civil War. Richmond was a major industrial and trade centre after both wars, recovering from the conflicts and thriving more quickly than many major Southern cities. Today, Richmond has a diversified economy and is home to six Fortune 500 companies. 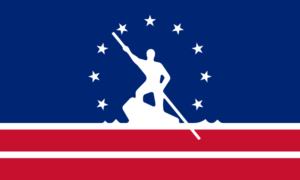 As Virginia’s state capital, Richmond is home to many state government offices and institutions, as well as major courts and law facilities. The Virginia State Capitol building in the city is an iconic hilltop white Classical Revival building designed by Founding Father Thomas Jefferson. It is only one of many edifices of architectural and historical interest in the city. Richmond’s Museum District is located downtown on and around the Boulevard. Numerous historic sites related to the Civil War and the American Revolution are also located in the city’s core, including St. John’s Episcopal Church, dating back to 1741. Monument Avenue includes many monuments and memorials to Civil War generals and leaders, as well as other prominent Richmond citizens. Historic Williamsburg, preserving a restored vision of life in Colonial America, is located nearby, as are many historic Civil War battlefields.

Richmond is home to major secondary educational institutions such as Virginia Commonwealth University and the University of Richmond. Both schools’ college sports teams have a large following in the city, which has no top-tier professional major league sports teams to its name. Richmond International Airport in nearby Sandston is the city’s primary air transport hub, with over 200 flights operating daily.

Please feel free to contact Global Alliance Worldwide Chauffeured Services for all of your transportation needs in Richmond, Virginia.