At Global Alliance, we take the “Worldwide” in our company name very seriously. We pride ourselves in offering premium limousine services to our clientele not only in our home base of Toronto but around the globe. Through our sophisticated network of trusted worldwide affiliates, Global Alliance can provide professional chauffeured services in hundreds of international cities. We will discuss many of the major worldwide destinations served via our affiliate network on this blog. Today we will take in the Old World charm of Quebec City.

The capital city of the province of Quebec, Quebec City (Ville de Québec in French) is not a mere government centre. It is the cultural and historical heart of Quebec, with the vitality and local importance of a national capital. One of the oldest cities in North America, Quebec City is a now a thriving city of half a million inhabitants (with three-quarters of a million in the metropolitan area).

Quebec’s rich, eventful history makes it a singular destination for visitors in the country and indeed on the continent. Seasonal forts on the St. Lawrence River near the site of the modern city were first established by Jacques Cartier’s exploratory party in the 1530s. Later, a permanent settlement was founded by Samuel de Champlain in 1608 bearing the name of the current city, based on an Algonquin word meaning “where the river narrows”. Its strategic position at the mouth of the mighty river leading from the Atlantic into the interior of the newly-mapped continent made it a desirable location, and Quebec City was soon the most important French colony in North America and the heart of New France.

Quebec was ceded by France to England in 1763 after the latter won the Seven Years’ War, with three major battles taking place near the city, including the legendary Battle of the Plains of Abraham. Those Plains are now a historic area within the city, preserved as an important historic site and park space and visited by tourists as well as often playing host 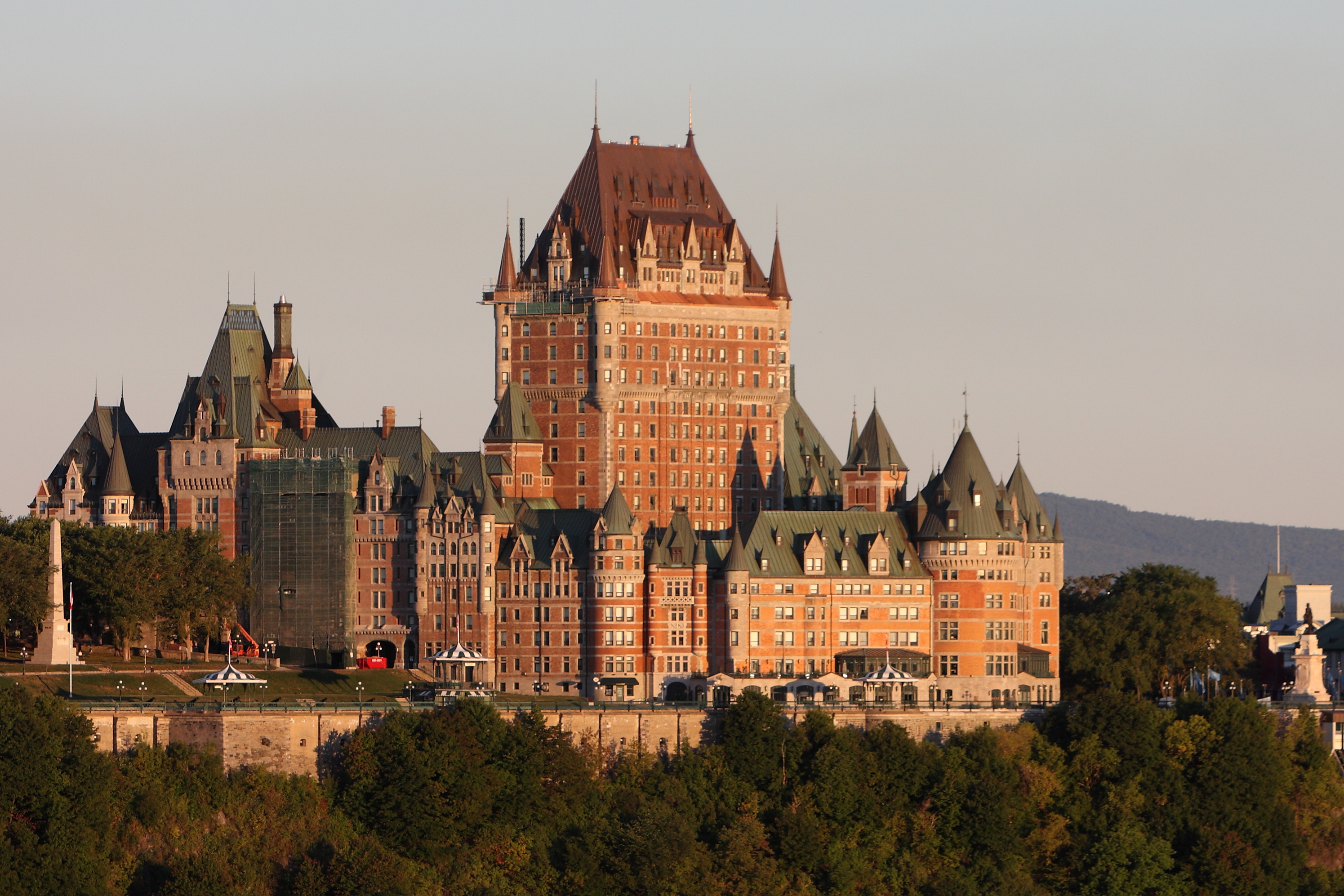 to major concerts and other events.

A short distance from the Plains of Abraham and towering above the skyline is the iconic, enormous Chateau Frontenac Hotel. The winding, narrow cobblestone streets and stone architecture of Old Quebec (a UNESCO World Heritage Site) clings to the hillside of Cap -Diamant below the hotel, giving this popular sector of the city a distinctly European feel that is unique in North America. In addition to historic squares, churches, and other restored colonial-era edifices, Old Quebec is home to many fine restaurants and boutiques.

Quebec’s other attractions includes numerous museums, art galleries, churches, the Parc Aquarium du Quebec, and the Parliament of Quebec. Although popular with visitors all year long for its Old World feel, Quebec City swells with up to one million attendees each winter for Carnaval du Quebec, a celebratory winter festival that warms the chilly temperatures with a plethora of activities in late January and early February. Quebec City’s major transport gateway are the chateauesque railroad station Gare du Palais, where VIA rail trains arrive and depart, and Jean Lesage International Airport on the outskirts of the city.

Please feel free to contact Global Alliance Worldwide Chauffeured Services for all of your transportation needs in Quebec City, Quebec.