At Global Alliance, we take the “Worldwide” in our company name very seriously. We pride ourselves in offering premium limousine services to our clientele not only in our home base of Toronto but around the globe. Through our sophisticated network of trusted worldwide affiliates, Global Alliance can provide professional chauffeured services in hundreds of international cities. We will discuss many of the major worldwide destinations served via our affiliate network on this blog. Today’s destination is the German city of Munich.

Europe’s twelfth largest city, with a population of 1.5 million. Its metropolitan area has a population of over 6 million. Built on the banks of River Isar north of the Bavarian Alps, Munich first appears in the historical record in 1158, though a Benedictine monastic community dwelt on the site of the city prior to that time. Ruled through the Middle Ages by the Dukes of Bavaria, Munich became a centre for Catholic power in Southern Germany after the Reformation, as well as a wellspring of arts, culture, and commerce. Growing wealthy through the 19th Century and suffering through conflict and upheaval with the rest of Germany in the first half of the 20th Century, Munich emerged as a prosperous modern city, hosting the 1972 Summer Olympics and recently achieving one of the highest quality of living rankings of any city in the world.

Munich today is a mix of a dynamic present and a rich past. The past can be seen in the old city centre, concentrated around the Marienplatz and Old and New City Hall. Some of the old city fortifications and three of its historic gates survive, and Munich’s historic churches include the iconic Frauenkirche and the Romanesque Peterskirche, which pre-dates the city’s founding. The Residenz palace complex and numerous Baroque and Neoclassical mansions cluster in the inner city as well, while grander 19th-century royal avenues and squares stretch out to the near suburbs. The city’s history and cultural heritage is on display at numerous important museums, theatres, and galleries spread across Munich’s core and outer regions. Munich is famed for its beer-drinking culture, which can be sampled in its 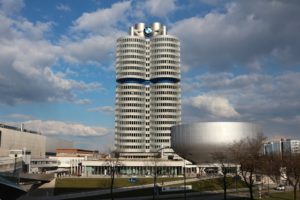 legendary beer halls and during the world-famous Oktoberfest held in the city each autumn. The Englischer Garten is the city’s largest park space, and one of the largest urban parks in the world.

Munich’s dynamic present is represented by major corporations headquartered in the city, such as BMW and Siemens, as well as an active nightlife and cultural scene, frequented by university students and young professionals alike. The city’s sports scene is dominated by Bayern Munich, Germany’s most successful football club and many-times club champions of Europe, who play at the state-of-the-art, 75,000-seat Allianz Arena.

Munich’s Franz Josef Strauss International Airport is the city’s primary air transport hub. It is the second largest airport in Germany and the seventh-largest in Europe. Munich is also connected to the highly-developed intercity European rail network, the main terminal of which is Munich Hauptbahnhof.

Please feel free to contact Global Alliance Worldwide Chauffeured Services for all of your transportation needs in Munich, Germany.