At Global Alliance, we take the “Worldwide” in our company name very seriously. We pride ourselves in offering premium limousine services to our clientele not only in our home base of Toronto but around the globe. Through our sophisticated network of trusted worldwide affiliates, Global Alliance can provide professional chauffeured services in hundreds of international cities. We will discuss many of the major worldwide destinations served via our affiliate network on this blog. Today’s virtual destination is the Spanish capital of Madrid.

The Madrid region has been inhabited since prehistoric times by early Iberian tribes, Romans, Visigoths, Muslims, and medieval Christians. The city only began to gain serious prominence in the 16th Century, when it became the new court of the Spanish monarchy. Now, as the federal capital of Spain, Madrid’s central location in the country has made it a major economic, governmental, and cultural centre of not only Spain but of the entire European Union. Madrid is both the EU’s third-largest city (at over 3 million inhabitants) and its third-largest metropolitan area (6 million inhabitants), and welcomes millions of visitors each year. 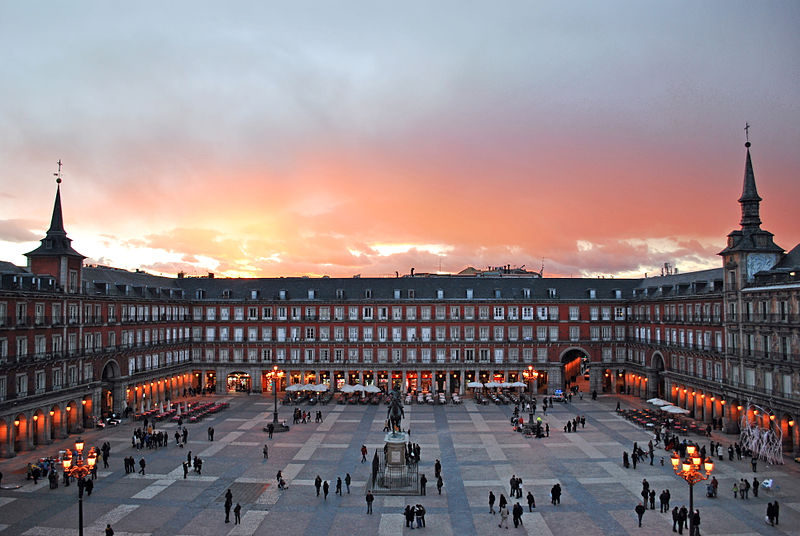 Many of these visitors would arrive into Madrid-Barajas, the sixth-largest airport in Europe. Alternately, they might enter the city via its connections to the extensive Spanish and European rail network, with the main central rail station being Madrid Atocha. Limousine services can be arranged at either of these transportation hubs, for arrivals or departures.

Once in Madrid, the historic architecture and grand, active boulevards provide frequent distraction to the visitor. Madrid is a mecca for fine art, with its trio of top-notch art museums: view old masterpieces at the Prado, challenging modern classics at the Reina Sofia, and a fascinating collection of works at the Thyssen-Bornemisza Museum. The Royal Palace of Madrid, still a residence of Spain’s monarchy, opens some of its sumptuous rooms to the public, and numerous other national museums are spread across the city as well. A former royal garden is now the public park of Buen Retiro, which along with the extensive Casa de Campo is one of the most tranquil and beautifully laid-out green spaces in the city.

Sports fans may desire to take in a home match of one of the city’s top-flight soccer clubs, or simply to tour their stadiums: Real Madrid, one of Europe’s most successful clubs, calls the Santiago Bernabéu home, while fierce local rival Atlético Madrid plays at Estadio Vicente Calderon. Basketball is also a popular professional sport in Madrid, as is Spain’s national sport of bullfighting, held at the historic bullring of Las Ventas.

Please feel free to contact Global Alliance Worldwide Chauffeured Services for all of your transportation needs in Madrid, Spain.