At Global Alliance, we take the “Worldwide” in our company name very seriously. We pride ourselves in offering premium limousine services to our clientele not only in our home base of Toronto but around the globe. Through our sophisticated network of trusted worldwide affiliates, Global Alliance can provide professional chauffeured services in hundreds of international cities. We will discuss many of the major worldwide destinations served via our affiliate network on this blog. Today we visit Portugal’s capital and great port city, Lisbon.

In addition to being Portugal’s capital, Lisbon is the largest city in the Iberian nation on the Atlantic coast. The city’s population is over 552,000, with approximately 2.8 million inhabitants in the larger metropolitan area (over a quarter of Portugal’s population). It is located at the westernmost point in continental Europe, has one of the warmest climate of any European capital, and is among the most-visited cities in Southern Europe.

Lisbon has a long history, as it is one of the oldest cities in the world and the oldest in Western Europe, having been continuously inhabited since 1200 BCE. Lisbon traded with the Phoenicians, was ruled by the Romans and later the Muslim Moors, and became the capital of the Portuguese lands in 1255, about a century after crusader king Afonso I re-conquered those lands from the Muslims. The launching point 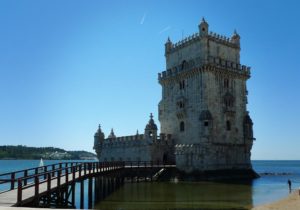 for Portuguese navigators’ remarkable exploratory voyages from the late 15th to early 17th centuries, Lisbon flourished from colonial riches, especially during its 16th-century golden age. One of Europe’s major cities by the mid-18th Century, Lisbon was devastated by a catastrophic 1755 earthquake. Relatively few historic structures survive from before this date in the city, which has never risen to the same heights despite a concerted rebuilding effort and centuries of subsequent expansion.

Modern Lisbon has grown into one of Europe’s economic powerhouses while retaining its bustling, historic port, which now has one of the largest container shipping ports on the continents. Lisbon is known for its districts, including the elegant city centre of Baixa, the compact, labyrinthine streets of the city’s oldest area Alfama, the gentrified former industrial port district of Alcantara, the traditional retail neighbourhood of Chiado, the hip, youth-centric entertainment area of Bairro Alto, and Belem, the departure point of Portugal’s great naval explorers. Belem is also home to the early-16th-century Belem Tower, one of the city’s and the country’s best-known structures, and Belem Palace, a royal residence in the 1600s and 1700s that is now the official residence of the President of Portugal. Lisbon 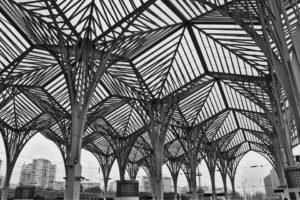 also features numerous museums, grand theatres, and cultural attractions, including the historic hilltop Castle of Sao Jorge and Lisbon Cathedral. Two UNESCO World Heritage Sites are located in Lisbon: the aforementioned Belem Tower and Jeronimos Monastery, which was also built during the 16th Century and survived the 1755 earthquake.

In addition to its busy port, Lisbon is a key rail hub on the modern European train network, with several major stations in the city including Garo do Oriente, with its spectacular terminal designed by Santiago Calatrava for the 1998 World’s Fair. Lisbon’s main international airport is Humberto Delgado Airport, which services approximately 20 million passengers annually.

Please feel free to contact Global Alliance Worldwide Chauffeured Services for all of your transportation needs in Lisbon, Portugal.