At Global Alliance, we take the “Worldwide” in our company name very seriously. We pride ourselves in offering premium limousine services to our clientele not only in our home base of Toronto but around the globe. Through our sophisticated network of trusted worldwide affiliates, Global Alliance can provide professional chauffeured services in hundreds of international cities. We will discuss many of the major worldwide destinations served via our affiliate network on this blog. Kiev is today’s stop, Ukraine’s largest city and capital.

With a city population of over 2.8 million residents and over 3.3 million in its metropolitan area, Kiev is not only Ukraine’s largest city but the 7th largest in Europe. Kiev is Ukraine’s capital and most important city, and it is also an important economic, cultural, and scientific centre in Eastern Europe.

Kiev is also one of Eastern Europe’s oldest cities. Kiev (spelled “Kyiv” in Ukrainian, and named after Kyi, one of the legendary founders of the city) is believed to have been founded in the first half of the 5th Century, and thereafter passed through the hands of multiple ruling powers over the subsequent millennium and half. Initially a Khazar outpost, Kiev was conquered by Varangian Vikings in the 9th Century and became an important and wealthy link in the trading chain between Scandinavia and the Byzantine Empire and a capital of the early Slavic state of Kievan Rus’. Destroyed utterly in 1240 by Mongol invaders, a rebuilt Kiev thereafter spent centuries as a provincial capital under Lithuanian, Polish, Cossack, and Russian imperial dominion. Already growing as a prosperous industrial centre during the last decades of the Russian Empire, Kiev was the main city in the Ukrainian republic of the Soviet Union. Industrializing further while suffering from the century’s deprivations, Kiev emerged from the ashes of the USSR to become the capital and centre of prosperity of an independent, market-economy Ukraine in the 1990s.

In addition to the often-monumental edifices of Ukraine’s national government and its national museums and cultural institutions, Kiev boasts many 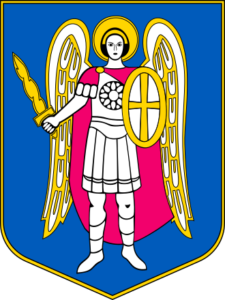 architectural landmarks and other attractions. Numerous buildings from the last years of Czarist Russia share space with more modern constructions. Maidan Nezaleshnosti (Independence Square) is the main urban gathering point in the city centre, one of Kiev’s many open squares and home to some of its many public statues and monuments. The grand 18th-century Mariyinsky Palace is another notable edifice. Kiev is home to two UNESCO World Heritage Sites: St. Sophia Cathedral and the Monastery of the Caves. Many Orthodox churches of architectural and historical merit can be found in the city as well.

Popular sports in Kiev include football, hockey, and basketball with professional franchises in each sport, the major team in football being Dynamo Kiev of the Ukrainian Premier League. They play their home games at the city’s Olympic Stadium. Kiev is served by two international airports, the larger Boryspil International Airport and the smaller Zhulyany Airport. Kiev Passenger Railway Station is the only current long-distance rail terminal in the city, but Darnytsia Railway Station is being expanded to increase local rail passenger capacity.

Please feel free to contact Global Alliance Worldwide Chauffeured Services for all of your transportation needs in Kiev, Ukraine.