At Global Alliance, we take the “Worldwide” in our company name very seriously. We pride ourselves in offering premium limousine services to our clientele not only in our home base of Toronto but around the globe. Through our sophisticated network of trusted worldwide affiliates, Global Alliance can provide professional chauffeured services in hundreds of international cities. We will discuss many of the major worldwide destinations served via our affiliate network on this blog. Today, we visit Jacksonville, Florida’s largest city.

Located in northeast Florida at the mouth of the St. John’s River, Jacksonville’s city population of over 913,000 residents makes it the most populous city in the state and the 12th most populous city in the United States. Jacksonville’s metropolitan population is only slightly higher at 1.6 million (fourth in Florida, 34th in the U.S.), but its land area is larger than that of any other city in the lower 48 states of the country.

Named for U.S. President Andrew Jackson, Jacksonville has a long and varied history. Inhabited for thousands of years by Native American peoples, the 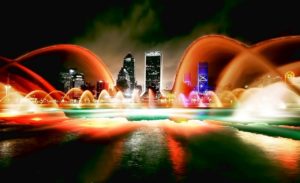 area was colonized by the French in the 1560s before their fort on the St. John’s, Fort Caroline, was conquered by the Spanish soon after. Ceded to the British along with the rest of Florida in 1763, Jacksonville was known as Cow Ford before being return to Spanish possession in 1783. Ceded with he rest of Florida to the United States in 1821, a new American settlement on the site of Cow Ford was chartered as Jacksonville in 1832. Soon established as an important deepwater port in the South, Jacksonville was fought over during the Civil War, and became a popular winter resort for the well-to-do in the late 19th Century. Growing through the 20th Century, Jacksonville overcame disastrous fires and hurricanes to become a modern and economically developed city of the New South.

Today, Jacksonville is North Florida’s primary cultural and commercial centre. It is home to many corporations, financial institutions, and post-secondary institutions (such as Jacksonville University and the University of North Florida), as well as two major naval bases on the deepwater port that constitute the third-largest military centre in the United States. American football is a major sporting attraction in Jacksonville, which is home to the National Football League’s Jacksonville Jaguars as well as the annual Gator Bowl, a major college football bowl game held every year since 1946. Jacksonville also has an active cultural scene with many historic theatres, and was a major location for filmmaking in the early silent era before the rise of Hollywood.

Please feel free to contact Global Alliance Worldwide Chauffeured Services for all of your transportation needs in Jacksonville, Florida.