At Global Alliance, we take the “Worldwide” in our company name very seriously. We pride ourselves in offering premium limousine services to our clientele not only in our home base of Toronto but around the globe. Through our sophisticated network of trusted worldwide affiliates, Global Alliance can provide professional chauffeured services in hundreds of international cities. We will discuss many of the major worldwide destinations served via our affiliate network on this blog. We travel into the Rocky Mountains today to visit the Mile-High City of Denver, Colorado.

The capital of the state of Colorado as well as its most populous city, Denver counts around three million inhabitants in its larger metropolitan area, placing it in the top 20 of the largest urban areas in the United States. It is the second largest city in the Southwestern U.S. after Phoenix, Arizona, and one of the highest cities in the country, with an elevation of 5,280 feet or exactly one mile, hence its popular nickname.

Founded in 1858 by settlers from the Kansas Territory, Denver was initially known as Montana City before being renamed after the territorial governor in the hopes of flattering the governor (who had, unfortunately, already left office by the time of the renaming, though he did later visit his namesake city twice) into making the small settlement the seat of its county. Denver was indeed the county seat and later territorial capital before Colorado became the 38th state in the Union in 1876. Although the transcontinental railroad did not pass through the city, a rail line connected it to the major cross-country route by 1870 and Denver began a period of sustained prosperity. A major agricultural, mining, transport, and services hub for the region, Denver attracted increasing wealth as it grew to the modern 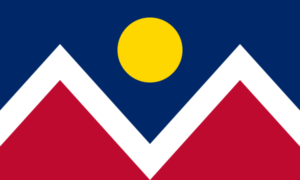 city it is today, consistently ranked as one of the best places to live in the United States.

Denver is now an important business centre with many corporate head offices and major financial branch offices; the city is one of several west of Manhattan to be dubbed “the Wall Street of the West”. Its most important cultural institutions include the Denver Art Museum, the Ellie Caulkins Opera House, the historic, dramatic outdoor music venue Red Rocks Amphitheatre, and the Denver Performing Arts Complex, the second-largest performing arts centre in the U.S. after New York City’s Lincoln Center.

Denver International Airport is the city’s major air transport facility. Covering a larger land area than the island of Manhattan, DIA is a major hub for United Airlines and a key connection point for cross-continent flights within the United States and Canada. It is the 10th busiest airport in the United States.

Please feel free to contact Global Alliance Worldwide Chauffeured Services for all of your transportation needs in Denver, Colorado.