At Global Alliance, we take the “Worldwide” in our company name very seriously. We pride ourselves in offering premium limousine services to our clientele not only in our home base of Toronto but around the globe. Through our sophisticated network of trusted worldwide affiliates, Global Alliance can provide professional chauffeured services in hundreds of international cities. We will discuss many of the major worldwide destinations served via our affiliate network on this blog. Today we stop by India’s sprawling metropolitan capital, Delhi.

India’s second-largest city and the third-largest urban area in the world, Delhi has a population of around 25 million people. Delhi is India’s National Capital Territory. Although the entire capital city is often colloquially referred to as New Delhi, that name refers only to a district within the much larger city of Delhi, purpose-built as an administrative capital by the British in the early 20th Century and still serving as the centre of India’s national government today.

The Delhi area has certainly been continually inhabited since at least the 6th Century BCE, and possibly hundreds of years before that. Remains of six major prior cities have been discovered in the Delhi region. Conquered and re-conquered over the centuries, Delhi was ruled by Central Asian Turkic dynasties for many years and later by the British, both foreign regimes leaving numerous landmarks and deep cultural influences. 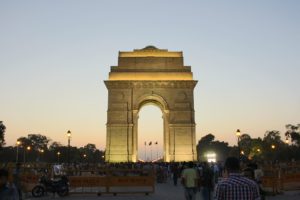 Please feel free to contact Global Alliance Worldwide Chauffeured Services for all of your transportation needs in Delhi, India.