At Global Alliance, we take the “Worldwide” in our company name very seriously. We pride ourselves in offering premium limousine services to our clientele not only in our home base of Toronto but around the globe. Through our sophisticated network of trusted worldwide affiliates, Global Alliance can provide professional chauffeured services in hundreds of international cities. We will discuss many of the major worldwide destinations served via our affiliate network on this blog. Today, we visit the American Southwest and New Mexico’s largest city, Albuquerque. 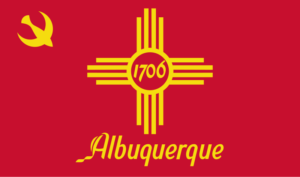 of the new territory of New Mexico in 1848. The railroad arrived in 1880, spurring growth which led to Albuquerque’s incorporation as a city in 1891. Further growth and commercial development followed the building of the famous highway Route 66 through the city, which opened in 1926.

In our modern era, Albuquerque retains elements of its history while reaching towards the future. The Old Town is the city’s historic centre and a popular tourist attraction, clustered in the Spanish colonial style around a central plaza fronted by the city’s oldest building, San Felipe de Neri Church, dating to 1793 and the Spanish colonial period. Important museums of science, history, and art are located near Old Town. Albuquerque’s most popular annual festival is the International Balloon Fiesta in early October, one of the largest gathering of hot air balloons in the world.

The University of New Mexico is based in Albuquerque. In addition to its many highway connections, Albuquerque International Sunport serves the city as its main air transport hub.

Please feel free to contact Global Alliance Worldwide Chauffeured Services for all of your transportation needs in Albuquerque, New Mexico.