At Global Alliance, we take the “Worldwide” in our company name very seriously. We pride ourselves in offering premium limousine services to our clientele not only in our home base of Toronto but around the globe. Through our sophisticated network of trusted worldwide affiliates, Global Alliance can provide professional chauffeured services in hundreds of international cities. We will discuss many of the major worldwide destinations served via our affiliate network on this blog. Today’s destination is the second largest city in New York State, Buffalo.

Located on Lake Erie’s eastern shore on at the head of the Niagara River in Western New York, Buffalo has over 261,000 residents in the city and over 1.1 million residents in its metropolitan area, placing it among the top 50 largest metro areas in the United States.

An important settled region of the Iroquois Confederacy, white European settlement in the region of what is now Buffalo (named after nearby Buffalo Creek) began in 1789. Buffalo was incorporated in 1801 and laid out on a grid pattern in 1804, but burned by British forces during the War of 1812. Shortly after that conflict, the Erie Canal was completed in 1825. Its construction proved a bellwether for Buffalo: the navigable waterway connecting the Great Lakes to the Hudson River and thus to New York City and the Atlantic Ocean made Buffalo a key trading point as well as a stopping point for westward settlers. With trade and growth surging, Buffalo was incorporated as a city in 1832.

With transport of both passengers and goods increasing the city’s wealth, industrial development 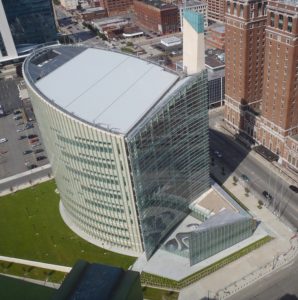 Located upstream from Niagara Falls, Buffalo is, along with the nearby metropolis of Toronto, a popular staging point for visitors to the thundering Falls. Buffalo has many of its own attractions on offer as well, however. Buffalo’s architecture is diverse and notable, featuring many public and private buildings designed by Frank Lloyd Wright. Cultural institutions such as the Albright-Knox Art Gallery, Shea’s Performing Arts Center, and Kleinhans Music Hall grant the city a robust cultural profile. The former Erie Canal harbour area is being redeveloped as Canalside, a popular and vibrant neighbourhood which is home to the KeyBank Center, the home arena of one of the city’s two professional sports franchises, the Buffalo Sabres of the National Hockey League. The Buffalo Bills of the National Football League play their home games at New Era Field in suburban Orchard Park.

Please feel free to contact Global Alliance Worldwide Chauffeured Services for all of your transportation needs in Buffalo, New York.