Global Alliance Worldwide Chauffeured Services operates out of the Greater Toronto Area in Southern Ontario, Canada. Although Global Alliance provides services around the world through our network of affiliates, the core of our services are performed in Toronto and its surrounding region. In this continuing feature, we will detail notable locations and communities in the Golden Horseshoe of Southern Ontario where we often provide limousine service. Today, we visit the city of London, Ontario.

Located halfway between Toronto and Detroit, Michigan, London is among Canada’s 15 largest cities (population: 383,000) and metropolitan areas (population: 494,000). It is built at the confluence of the Thames River. In 1793, the city was named after the British capital and the river after the historic body of water back in England, reflecting the intention of then-Lieutenant-Governor John Graves Simcoe for the settlement (settled in the first years of the 19th Century and officially founded as a 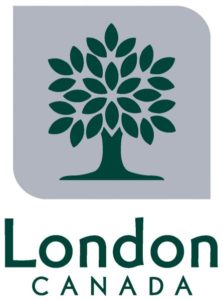 village in 1826) to become the capital city of Upper Canada. It did not, but was a key administrative and economic centre for Western Ontario.

Incorporated as a town in 1840 and a city in 1855 (two years after the building of a railroad line to the city), London became known for its breweries (Labatt and Carling were both founded and located there), manufacturing, insurance and banking, education (it is home to the main campus of the University of Western Ontario), and military garrisons. Its cultural attractions include Museum London, Western University’s Museum of Ontario Archaeology, the Grand Theatre historic Eldon House (London’s oldest residence), and the Banting House National Historic Site, preserving the former home of the discoverer of insulin.

Summer festivals in London include world music celebration Sunfest and the London Rib-Fest, the second-largest barbecue rib festival in North America. London’s parks system, mostly stretching along the banks of the Thames River, is connected by a series of walking and biking paths known as the Thames Valley Parkway. The largest city park is the 140-hectare Springbank Park. London’s most popular sports franchise is the London Knights of the Ontario Hockey League, a successful junior hockey team.

In addition to its continuing status as a major stop on the railroad network, London also has an International Airport (YXU), with flights to major and regional Canadian destinations as well as popular vacation spots in the United States, Mexico, and the Caribbean.

Please feel free to contact Global Alliance Worldwide Chauffeured Services for all of your transportation needs in London, Ontario.