At any given time, there are numerous major cultural exhibitions being held around Toronto and the surrounding area. Global Alliance Worldwide Chauffeured Services provides transportation needs for many events around the Greater Toronto Area at any given time. Please consider Global Alliance for any and all limousine service requirements related to some of the exciting exhibitions currently running in Toronto. Here are some of the most prominent exhibitions now on in the city.

Guillermo del Toro: At Home with Monsters @ the Art Gallery of Ontario 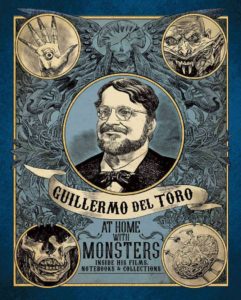 Open until January 7th, 2018 at the Art Gallery of Ontario in Toronto, Guillermo del Toro: At Home with Monsters is a fascinating glimpse into the creative process of one of contemporary cinema’s most innovative and imaginative filmmakers. Produced by the AGO in concert with the Los Angeles County Museum of Art and the Minneapolis Institute of Art, this landmark exhibition delves into the singular mind of Mexican-American director Guillermo del Toro. Displaying a plethora of items from del Toro’s personal collection – including film props, art and sculpture, personal notebooks, and Victorian-era curiosities specially selected by del Toro himself – At Home with Monsters explores this prolific creator’s influences, inspirations, and obsessions in a unique and immersive fashion.

Open at the Royal Ontario Museum in Toronto since November 4th and continuing until April 2nd, 2018, Vikings: The Exhibition is a detailed and fresh look into the semi-legendary – but, in truth, very real and complex – culture of seafarers,

traders, craftsman, and farmers hailing from medieval Scandinavia. Displaying numerous archaelogical artifacts (mostly direct from the Swedish History Museum, co-designers of the exhibitions), reconstructions, and interpretive displays, Vikings provides a nuanced portrait of a people often stereotyped as violent raiders but who, in historical fact, travelled widely across the North Atlantic and Mediterranean world and influenced cultures from Europe to Russia, from Byzantium to North America.

Also at the ROM from November 25th to March 18, 2018, is Christian Dior, an exhibition on the influential post-war fashion designs from the iconic Paris haute couture fashion house, drawn from the ROM’s extensive collection. Christian Dior provides a stunning exploration of the inspiration and perspiration behind this fashion giant’s global success.

On display until December 31st, the NHL Centennial Exhibit at the Hockey Hall of Fame in Toronto commemorates 100 years of NHL hockey with a must-see tribute to the professional game. Historic artifacts relating to some of the sport’s greatest players and moments will be on display, as well as important documents from the league’s illustrious past. An absolute necessity for all hockey fans.